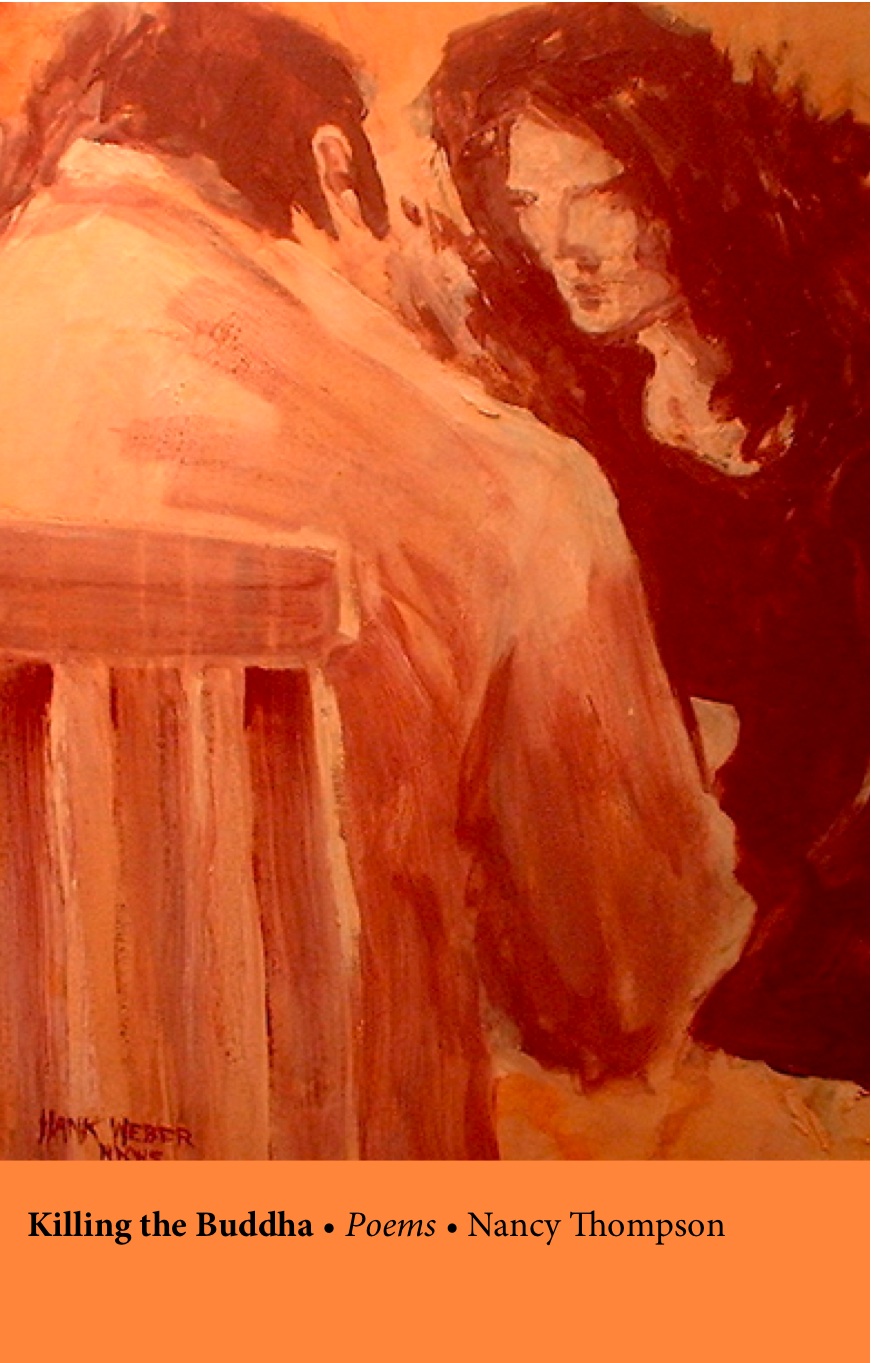 Nancy Thompson’s Killing the Buddha is a book alive with awareness of the world, of the immediacy and evanescence of the forms that enclose us. Her elegant lyrics both narrow and enlarge our perception.

Dharma gates, were told, take many forms. Nancy Thompsons Killing the Buddha surely constitutes one of those forms. As Zen Master Wumen tells us, if you meet the Buddha, kill the Buddha; the true Buddha is not separate from you. Although she insists in one of her poems, ‘I Am No Buddha,’ in her finely wrought and accessible poems, Thompson sheds dharma light on all aspects of life, from missing a bus to glimpsing John Malkovich at a café in Saratoga Springs. She invites us, in ‘Wolves,’ ‘to pull away the bars, fling open the doors, / and follow them back / to the immeasurable forest.’ And we’d be fools if we ignored the invitation.”—Allen Hoey, The Precincts of Paradise and Country Music

About Killing the Buddha there is much to say. I can speak of Nancy Thompson’s lyric loveliness, and of the ‘immeasurable forest’ she takes us into, in poem after poem. I can speak of how each poem, its form so tightly fluid, is like the Buddhist version of a Chinese fortune cookie. I can speak of how each section opens with a prayer, and how each poem that follows answers the prayer, how each asserts that up against what wasn’t what is, is everything. Mostly, like the girls bopping along to the beat of the marimba band, I say: Oh, boop de boop! Long live the Buddha!”—George Drew, The Horse’s Name Was Physics, Toads in a Poisoned Tank and So Many Bones

A New York native, Nancy J. Thompson lived in the west of Ireland for almost four years, where she worked as an editor at Salmon Publishing, Ltd.  Her work has appeared in the U.S. and abroad, including in Harpur Palate, Iodine, CQ, The MacGuffin, Atom Mind, Sojourner, The Humanist, Adirondac, The Chronicle of Higher Education and many other publications.  She is a professor of English at Clark College in Washington and teaches creative writing for Community College of Vermont.  Thompson practices Mayahana Buddhism, and her travels and deep interest in history and religion color her explorations of humanity.