Cormorant Beyond the Compost, Poems by Elisavietta Ritchie 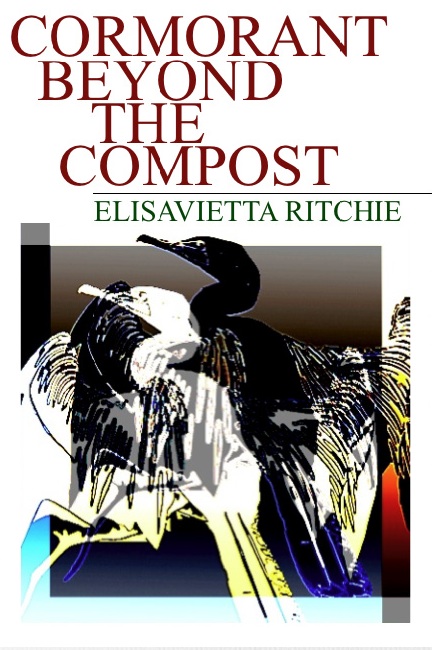 Im the owl, who flies on unheard wings,/foretells when others die, but never sings. These lines distill Elisavietta Ritchies precise craft to its essence: daring flights, unexpected angles of vision, no needless artifice, and wisdom.

Elisavietta Ritchies poetry roars with a vitality remarkable for its intensity. Like a swimmer surging through waves to a rescue of meaning, she leads her readers by both measured strokes and daring experimentation. Immersion in her poems becomes an exhilarating experience.Martin Tucker

Witty, sharp, sensual, possessed of a scientists eye for the precise detail, the memorable image. Elisavietta Ritchie is in love with the natural world of maggot, freezing bilge, the owlon unheard wings, berries fed on ash and blood, branches with lavender fire. She brings a tuned ear for the music of language, a storytellers gift and a generosity of spirit that delights as it informs. The book deserves an enthusiastic audience.Colette Inez

Elisavietta Ritchie’s work is widely published, and anthologized. Individual stories, poems, creative non-fiction, photographs, and translations from Russian, French, Macedonian and Indonesian have appeared in numerous publications in the United States and abroad, and her own work is translated into a dozen languages. Readings include the Library of Congress, Harbourfront, Folger Library, Pittsburgh International Forum, Harvard, and other universities, schools, and cultural centers in the United States and Canada, Australia, Russia. The United States Information Agency sponsored her as a Visiting American Speaker in Brazil, the Far East, and the Balkans. Poet, writer, editor, and leader of workshops for adults and children, she served as president for poetry, then for fiction, for the Washington Writers’ Publishing House, where she continues as a fiction editor. Several composers, including Jackson Berkey, David Owens, and David L. Brunner, have transformed her poems for voice and piano.