Will There Be Music?, Poems by Sharon Olson 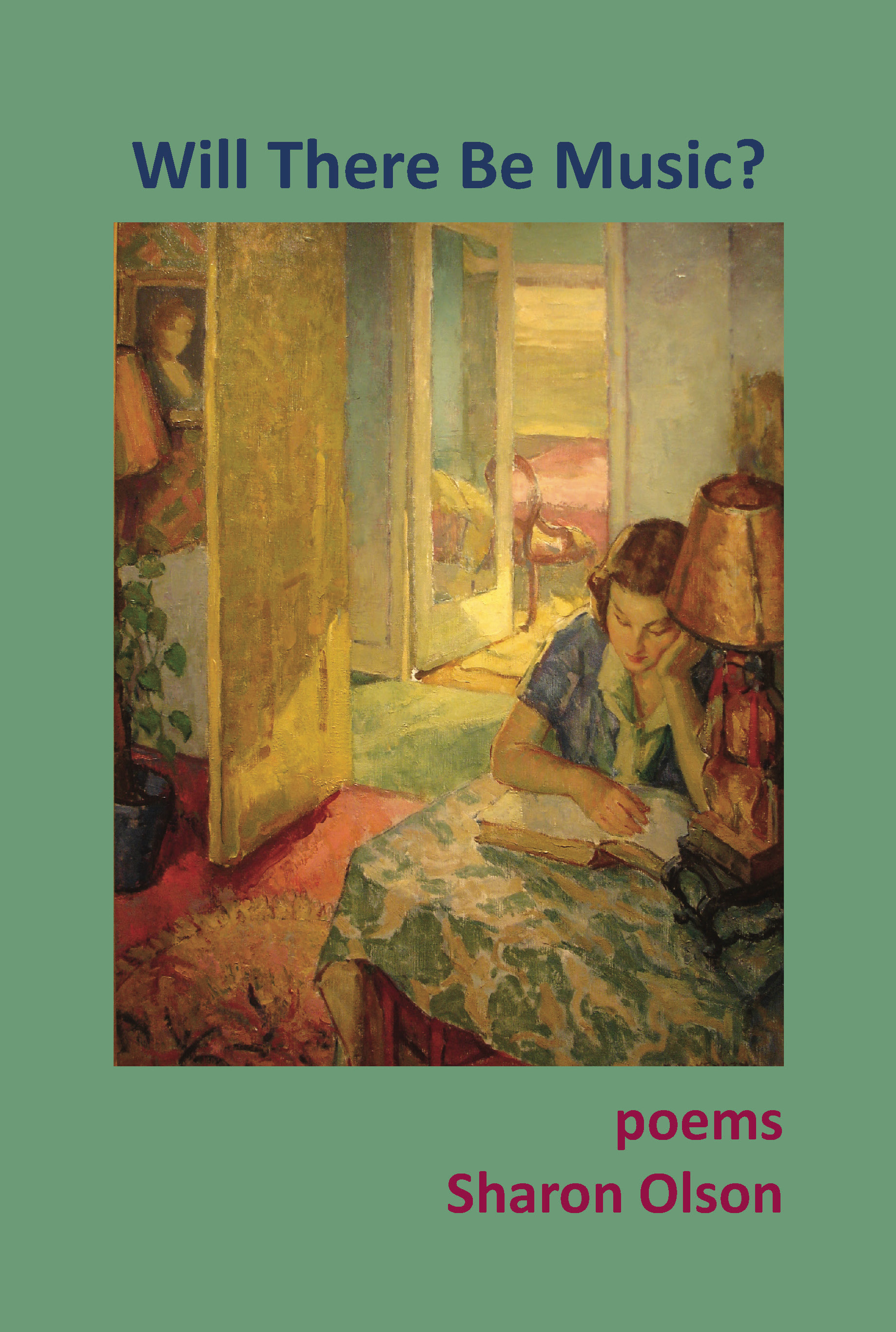 In Sharon Olson's book Will There Be Music? the poet employs a sharp eye to illuminate scenes from a fifties childhood, and during her journey seeks testimony from an array of disparate voices: a Swedish grandmother, a band of prostitutes, a waitress in a Fellini film. Her investigations into the lives of artists and writers, among them John Sloan, Emil Nolde, Sartre and Stendhal, unfold with lyric intensity, deepening and darkening her report from an America where "gun cases beckon," an earth that "would never be scrubbed clean."

"The loose ends of lives and generations are expertly bundled in these alert, meditative poems. Part of a poet's task is to catch the resonances of time and Sharon Olson has done that. What haunts her, and what she lucidly pursues, is the strange blend of signs and no-signs that signal the depth of a life, the passion and resignation-in her apt words, 'the ringing / of the empty bowl.'" -Baron Wormser

"In Bishop's famous poem, 'In the Waiting Room' the seven-year old poet's self, realizing she's a separate being, an 'I,' an 'Elizabeth,' concludes 'How-I didn't know any/word for it-how unlikely . . .' Expect that degree of consternation and surprise reading Sharon Olson's Will There Be Music? Unlikelihoods abound until the sediment that shifts and settles-each poem, and this collection-makes for an intensely exciting, vivifying and illuminating read. Eliot thought the only 'method' of writing poems was 'to be very intelligent.' It worked for Eliot and it works for Olson; in her case brilliance weds curiosity and wit. It takes a lifetime to master the moves Olson's mastered; a lifetime to perceive, think, link, separate, and recombine disparate phenomena into records-of-experience this deftly wrought and richly abundant: How unlikely!"-Gray Jacobik

"Sharon Olson's new collection has a panoramic feel to it, a wide geographical sweep, from north Jersey to northern Italy, and several places in between or beyond. Brimming with linguistic vitality, these poems also map the terrain of a poet's inner life, and they often do so via her responses to the art she loves, especially paintings, but also music and literature. You could call these poems ekphrastic, but it would be more accurate to think of them as an extended ode to the imagination and its many forms of expression. 'Will there be music?' asks the poet in her title poem. This collection definitively answers that question: we cannot live without it."-Fred Marchant