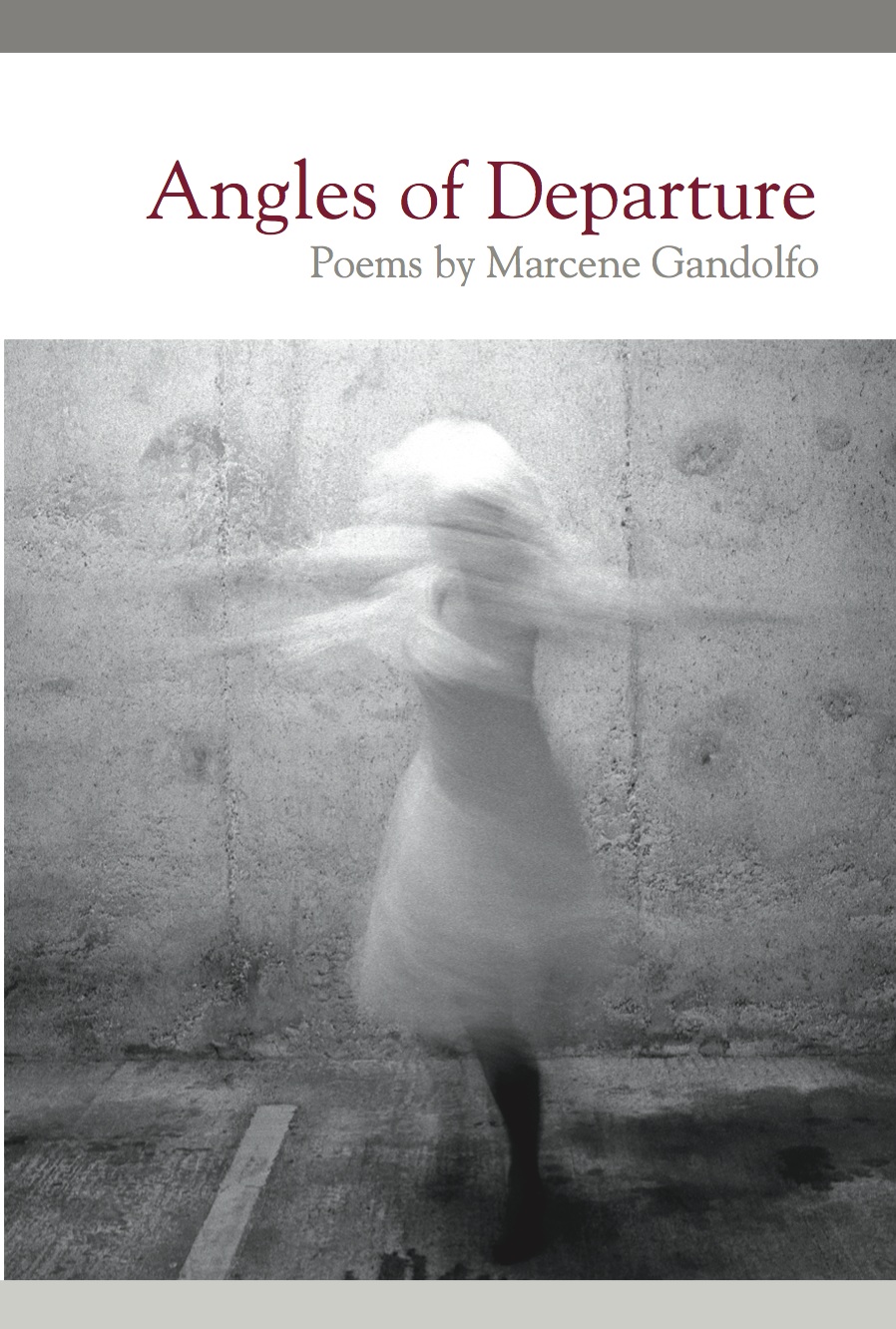 Marcene Gandolfo's poems find many angles on, and many departures from, loss into presence, memory and experience into a shapely art.

"The formal mixture of emotion and restraint in Ms. Gandolfo’s writing is a tip-off that this is the genuine article. Her poetry gives definitive shape to memory, loss and compassion, and carries that adult gravity that continues inside a reader. 'When the music comes back, / it wakes you,' writes the poet, and 'The face that was tomorrow becomes today.' And so it is, in these moving, thoughtful, wide awake poems." — Marvin Bell

"Angles of Departure is an elegy written with great reverence and beauty. The poet navigates a ghost route between absence and presence, as she articulates what can’t quite be touched with human hands, reached by a human body, or consciousness." — Sandra Alcosser

"It is an honor to accompany this remarkable first book of Marcene Gandolfo’s poems into the world—poems that find redemption through what they have been given—life, death, grief, memory, devotion; crossing the risky borders between complexities, her poems explore what Calvino called 'the conflict between the world’s choices and man’s obsession with making sense of them.' Angles of Departure is a masterful collection full of choices, full of obsessions, and full of sense—a whopper of a first book." — Susan Kelly-DeWitt