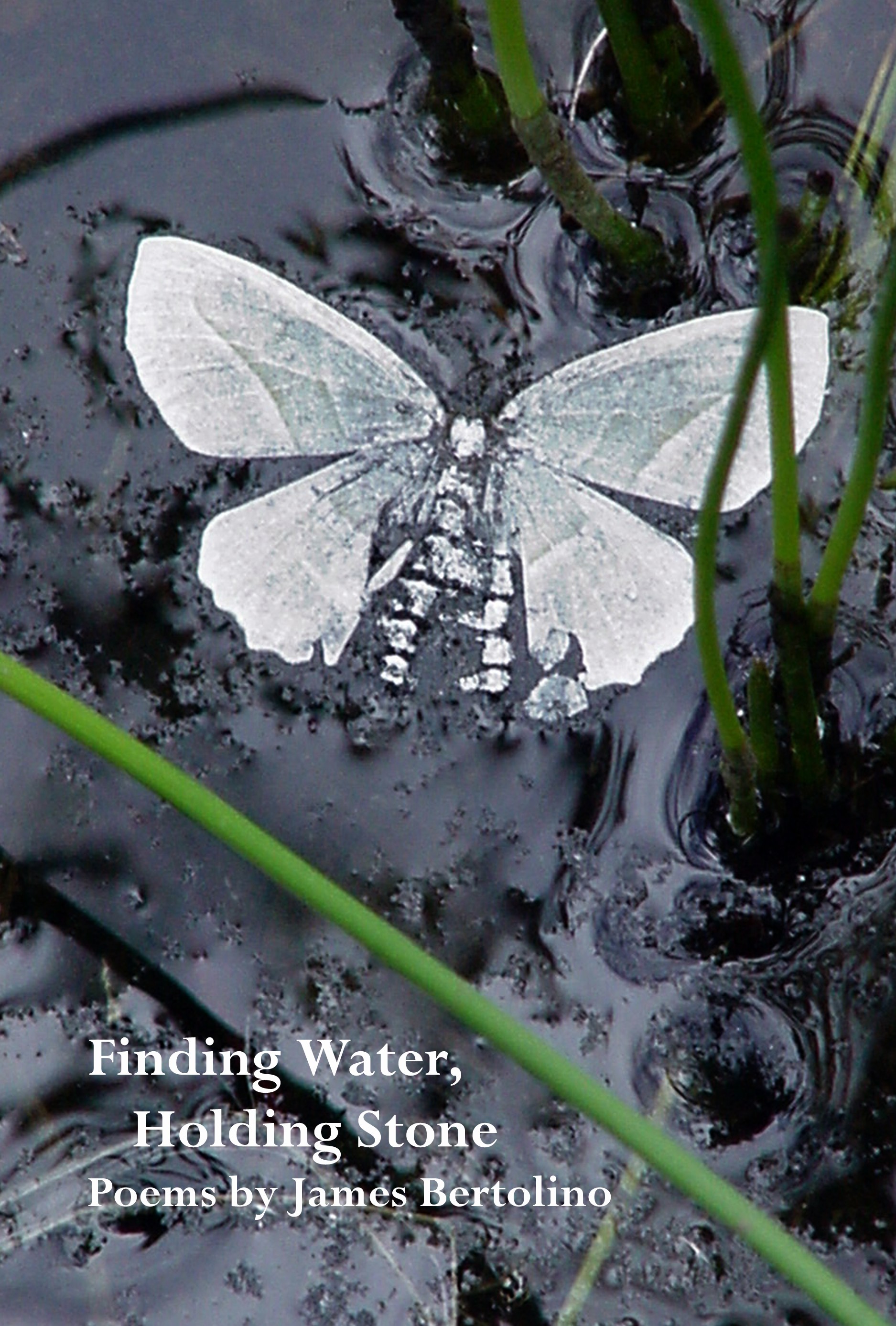 The quiet poems of James Bertolino's Finding Water, Holding Stone resonate with a weight that belies their brevity and stillness. Hard-etched, smooth-flowing, these poems are crystalline in their craft.

"In Finding Water, Holding Stone, James Bertolino’s wry and wise poems move from the elements to love and death in a stunning architecture of verse.  His voice is assured, his language so dexterous the craft is almost invisible.  Bertolino is part-sage, part-priest, part-naturalist, part-trapeze artist who moves with the greatest of ease."--Denise Duhamel

“In Finding Water, Holding Stone, James Bertolino’s latest collection, we find ourselves in the presence of a poet who gets us moving between complementary poles.  One runs something like, ‘I didn’t know poetry could do this,’ and the other confesses, ‘This is how I want poetry to be.’ The poems here, suffused with the mysterious strength of wounds and the tender gravity of love, are presided over by an eye that penetrates whatever fixes its gaze, and a faultless ear for the music therein.  They transport the reader in poem after poem of tensile delicacy, surprise, and wonder.”—David Rigsbee

James Bertolino grew up in Wisconsin and his work has been appearing internationally in books, magazines and anthologies for over 40 years. Bertolino’s poetry has been recognized nationally by the Book-of-the-Month Club Poetry Fellowship, the Discovery Award, a Hart Crane publication award, a National Endowment for the Arts fellowship, two Quarterly Review of Literature book awards and, in 2007, the Jeanne Lohmann Poetry Prize for Washington State Poets. His books have been issued by such publishers as Copper Canyon Press, Carnegie Mellon University Press, New Rivers Press, Ithaca House and the QRL Award Series at Princeton University. Two of his out-of-print books have been reprinted online by the Connecticut College Contemporary American Poetry Archive. He has served as poetry editor for Epoch, and founding editor of Abraxas magazine and press, as well as Cincinnati Poetry Review. For over 20 years he published books by poets under the Stone Marrow Press imprint. He holds an MFA from Cornell University and taught creative writing at Cornell, Washington State, University of Cincinnati and Western Washington University. For the 2005-06 academic year he was Writer-in-Residence and Hallie Ford Chair of Creative Writing at Willamette University in Oregon. He has since retired and lives on five rural acres with Anita K. Boyle near Bellingham, Washington.